One of my best friends suggested that I watch this show that she absolutely loved, Supernatural. When she described it, I at first was leery; two brothers traveling across the country hunting monsters and demons and trying to find their father. I am not a fan of scary movies or shows. I turned her down. A few months later she suggested the same show again. She wanted someone to watch it so she could talk about it with someone. I finally gave in; she was my friend and we had similar tastes. I took the first season dvd and went home. 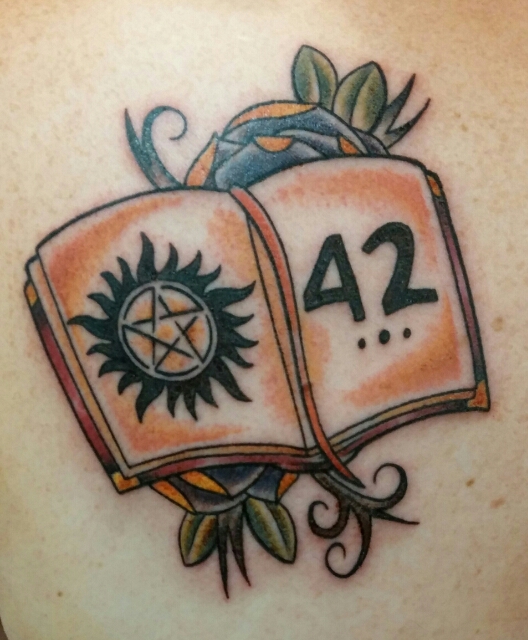 Posted via LiveJournal app for Android.

I have been watching The Borgias on Netflix and came across some advice that I must share with everyone...[Advice (click to open)]
If on your wedding night, your virgin husband doesn't perform his husbandly duty, please do not replace your husband with your half-brother. It can't end well for everyone.  Granted, I haven't finished watching the series, but it just can't end well

The DC Comics Universe is attempting to ruin my life!  Since I have adored watching Arrow, I thought I would start reading the Green Arrow comics.  Little did I know how difficult this would become!  I have been unable to find a list anywhere that gives a reading order on where to start.  It seems everyone has a differing opinion.  So frustrating!!!  I managed to start with Year One...which was excellent by the way.  I then proceeded to read a 9 volume series (beginning with Quiver) which was good.  Then I read the Green Arrow/Black Canary series which thankfully ended with a line that the story continues in Blackest Night.  And that is where my head almost exploded.  Could they have made it anymore difficult to read this series?!  I finally bought all 7 books that make up the Blackest Night series only to find out that I must find some sort of reading list to read this series because you CAN'T just pick up a book and begin reading.  I found a list finally and sat for an hour using sticky notes to mark a reading order!  Then there are 2 books to read before you can read Brightest Day (which one would assume would follow).
As I was explaining my predicament to a friend who is a big comics reader, he suggested another series that Green Arrow plays a big part in...the Crisis series.  Soooooo many crises!!!
While playing around on Amazon, I came across a book that featured Green Arrow and Batman.  I love Green Arrow and Batman interactions.  They are so snarky to each other.  There are several similarities between the two men.
I have also invested in the New 52 series.
So far, I have enjoyed the stories I have read and am excited to continue reading.

I haven't posted here in soooo long and I have wanted to!  Real life gets in the way:(
What is new, you may ask.

I finally got out of the dark ages and got a smart phone.  Sooooo many apps, so little time!:)  I don't have the internet at home but with my phone plan I can use my phone to look up everything I need to!:)

I somehow found time to watch 9 seasons of Smallville.  It is interesting because I have never really cared for Superman before, but now I don't find him so repulsive!:)  Really enjoying the show!  I am half way through season 10!  I adore Chloe and Oliver!
I am watching Hung on dvd...WOW!  Just about everything you wanted to see of Stephen Amell, you can!:)  Of course I am NOT complaining.
Speaking of Stephen Amell...how much do I adore Arrow?!  There are not enough words!!!
Supernatural may have started the new season with a rocky start but it is getting much better with the last few episodes!!!
I am still watching tons of tv shows thanks to my DVR...Justified, White Collar, Suits, NCIS, Castle, Hawaii 5-0, etc.
I am sad Fringe is over, but I was happy with how it ended!  Because it ended, I had a need to watch Joshua Jackson and Netflix had Dawson's Creek.  I find I don't really like the show, but I can't stop watching!  What is wrong with me?!
Haven...was...AMAZING!!!  Loved this past season!  I am thrilled it will be back!
Community is back this week!!!
Last Resort...I really enjoyed this show.  I am kind of glad they gave it an ending and it didn't drag out too long.
Comedies...I was sad to see they pulled Don't Trust the B in Apt. 23...I laughed so hard watching that show!  Happy Endings is still on and fabulous!!!

I didn't manage to read as many books as I was hoping to over my winter break.  I was much too busy watching tv and crocheting.  I made 2 baby blankets for my nieces for Christmas.  I will post pictures soon.  I am still working on the 3rd for my nephew, but my hands got such terrible cramps I had to stop for awhile.

I have been reading tons for fanfiction instead of writing my own:(  The problem with watching new shows is I start to read the fanfic for it and get distracted. There is just such wonderful stuff out there!

There has been tons of other stuff that has happened.  I will try and save it for my next post which if all goes as planned, will not be in a couple of months!:)

A friend of mine sent me a pic on Facebook of a copy of Jane Eyre (my favorite book) that was turned into a purse.  It got my creative juices flowing.  I decided to make one.  It doesn't look as nice as the pic I saw, but this was a first attempt.  I am going to make a few modifications for the next one I am planning on making. 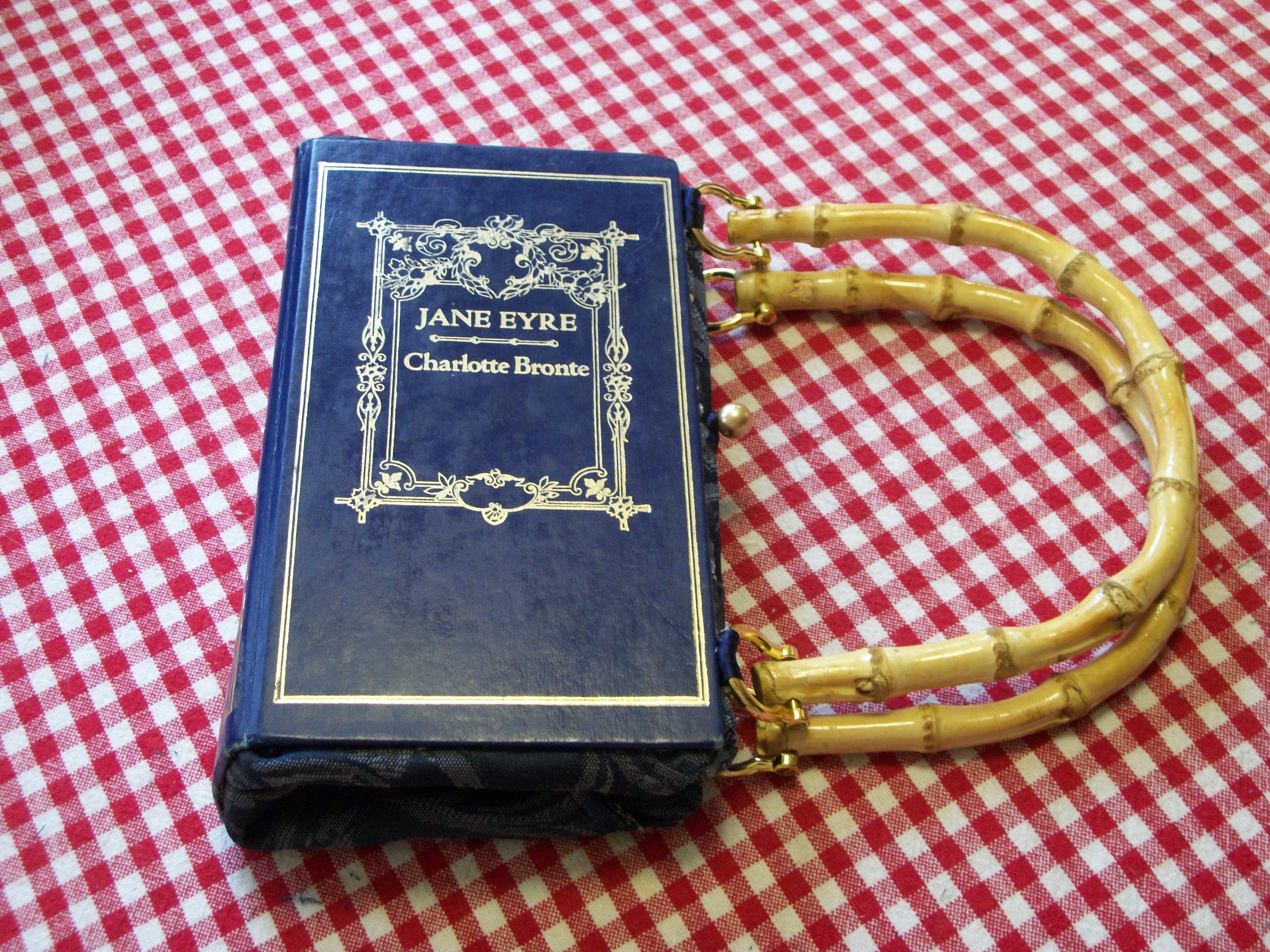 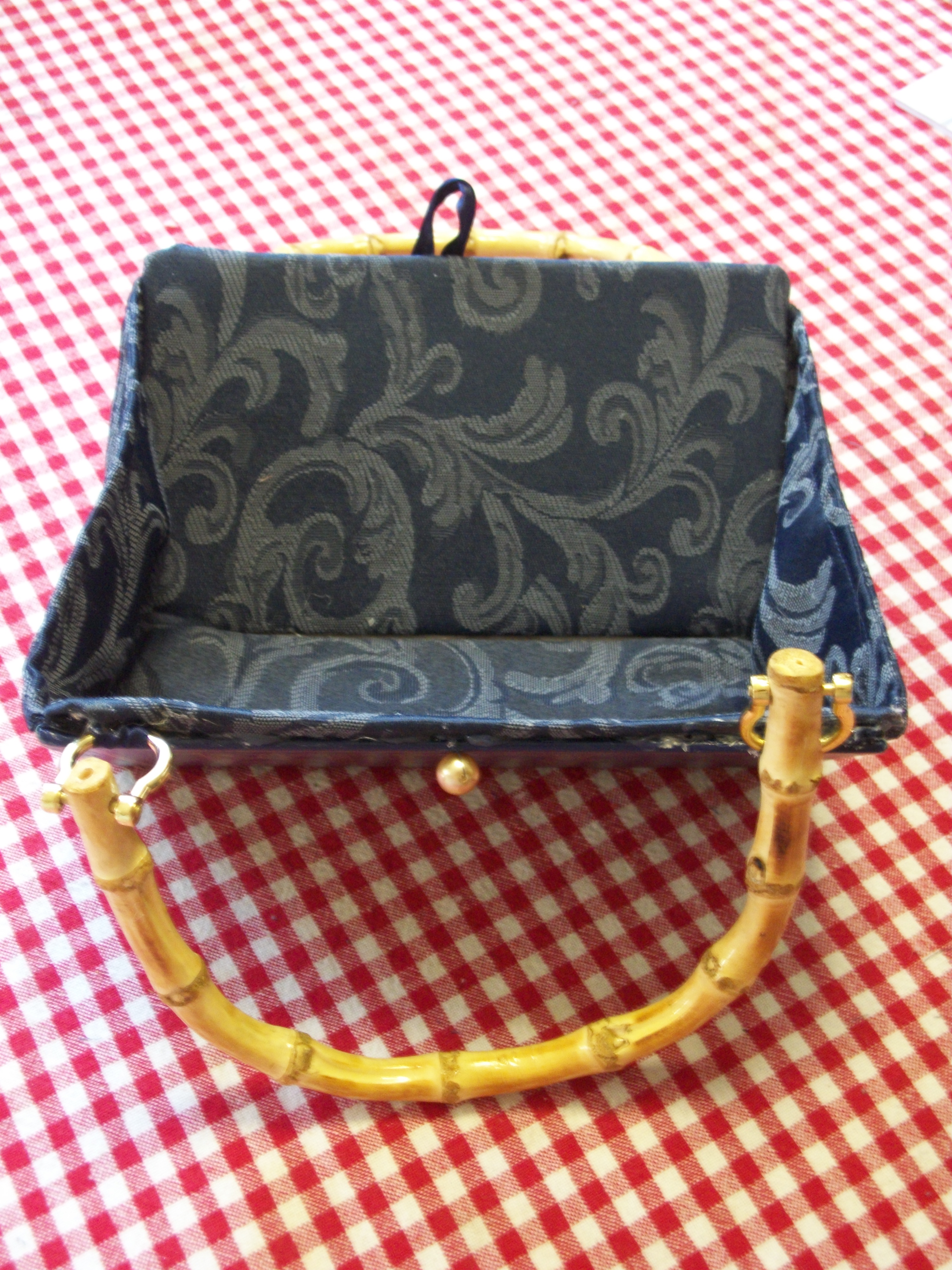 What genre of books are you most drawn to? Do you stick mostly to one type of book with your reading, or do you like to mix it up?

I mostly read trashy historical romances:)  But I also read a little of everything!  Some of my favorite authors are Clive Cussler, Tom Clancy, Nora Roberts, Julia Quinn, Lincoln Child and Douglas Preston, Steve Berry.  I adore reading the classics also.  When I was in college, I had a minor in English Literature.  I am not opposed to reading books for young adults and non-fiction.  I always have a book with me and the back seat of my car is filled with books.

When is the best time to film a movie?  Why, the final week of classes of course!

Where is the best place to film said movie?  If you guessed a library during the before mentioned finals week, you would be correct!

We were warned that there was a feature film being filmed on our campus.  Parts of the movie were to be filmed in our library.  Of course there was no warning that scenes were going to be filmed on one particular day.

I don’t know much about the film except that it is about a school shooting.  There were lots of guys dressed and decked out in SWAT gear.  One of the guys who was in charge of the operation was Patrick Kilpatrick (http://www.imdb.com/name/nm0453304/).  He is a big guy and very nice.  Some of the SWAT guys were extremely good looking and also ginormous!

Anywho…back to the day of filming.  One of the scenes called for students to run out of the building where there was smoke.  There is a set of double doors to enter our building that were blocked off and filled with movie smoke.  Unfortunately, students needed to come in the building and many more needed to get to their classes.  Of course, most of the staff in the building had left for the day.

On the plus side, the fire alarms didn't go off!:)

My co-worker was totally awesome and got me a signature of Patrick Kilpatrick.  I didn’t want to interrupt him and ask for one, but he was behind our front desk while they were setting up a scene and had a down moment so she asked!

I know they were filming other scenes around the local area.  If I find out anything more about the film, I will pass it along!

Here are some pics...sorry they aren't the best quality:
Patrick is the guy in the camo.  The smoke in the background is movie smoke between our double doors Here are some of our student running screaming from the building... What traditional board or card game is your favorite? Tell us a favorite story about playing the game with friends or family.

I adore all kinds of board games.  I have many fond memories Monopoly, but my favorite board game would have to be Candyland!
I am not sure what it is about the game, but it is sooo much fun.  It is extremely simple.  Lots of color and a simple game of chance.  One of my happiest memories of the game is when my husband and I were dating, we would play but after awhile, the games would get a little violent!  During one game, the little gingerbread pieces ended up under the couch!  What would happen would be that we got competitive and if we landed on the same square as the other player, there would be a little battle!  Sometimes we would make our own rules to make it go faster or come up with stupid stories about the characters:)
I have 3 seperate boards and tons of Candyland paraphanelia.  One of my favorite things was a shirt that said Candyland and had 3 of the gingerbread men pieces on it.  It was a favorite until a strip joint opened in the area and was called Candyland's.  I happen to be well endowed in the chest area and people would ask if I worked there.  I stopped wearing the shirt in public:(
I am cautiously optimistic about the movie that is in the works that Adam Sandler is writing the script for:)
Collapse